How would you feel...

if you could prevent or reverse Alzheimer's disease?

An End to Alzheimer’s

ALZHEIMER’S.  You hear the word, and you shudder.  No one wants to think about it, much less talk about it.  It’s the gene that may be quietly lurking in your closet, or has already affected you, or a loved-one.  I know what it feels like. My mother had Alzheimer’s for nine years. I can relate to you in so many ways.  At that time, there was no alternative, but now I can actually help you DO something about it!

Thanks to Dale Bredesen, MD, the leading expert in neurodegenerative diseases including Alzheimer’s, we can now PREVENT and REVERSE Cognitive Decline (when caught early). Go ahead, read that again…your eyes are not fooling you! After 30yrs of research, Dr. Bredesen has developed a scientifically proven protocol called ReCODE (short for Reverse Cognitive Decline) for those with subjective cognitive impairment (SCI), mild cognitive impairment (MCI), and early Alzheimer’s disease, and anyone who is at risk based on family history.  His ground-breaking work has been published in a 2017 book called, “The End of Alzheimer’s,” which has essentially cracked the code.  AND…the exciting news is, a clinical trial for the ReCODE Protocol was published in May 2021 proving its efficacy!  A very impressive 84% of participants showed improvement in cognitive testing.  The tides are finally changing in our favor, the time to act is now!

The End of Alzheimer’s with Robyn Albaum – February 8th, 2018

On this week’s show, the Ladies Roadmap talks to Certified ReCODE Health Coach Robyn Albaum, as she discusses her experience with Alzheimer’s. She shares how her proactive practice, The Alzheimer’s Alternative, along with Functional Medicine Doctors around the country, and her personal team are helping put an end to cognitive decline.

There IS an Alternative!

Lucky for us, we no longer have to live in fear, and we can reap the benefits of a life you’ll remember…IF you act fast enough.  With cognitive decline, procrastination is not an option! 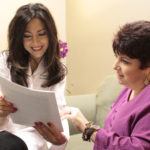 Get comprehensive support to
master the protocol! 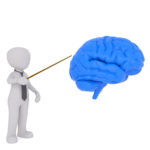 The effects of meditation on the brain are truly astounding! 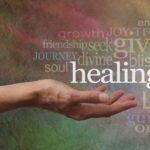